Notes in the Margin

Posted on December 29, 2005 by dustinfreeman

I tend to get bored in class alot. When this happens, I get bored. In Thermodynamics (MECH 330), which I took last year I doodled in the margins. I decided to finally scan all these and put them in the blog. This was really my only source of entertainment in the class.

This is the story of the doodles… 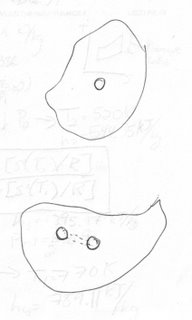 I believe this first one is really heady, it has something to do with wormholes or “branes”, depending on which theory you subscribe to. No further comment really. 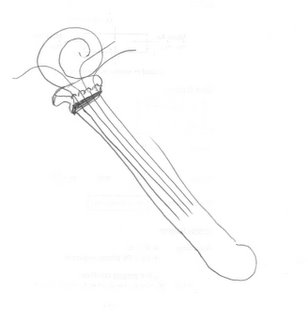 I think this was supposed to be a guitar. 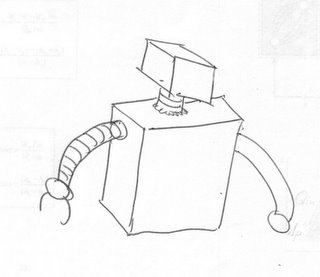 Another incomplete picture. Sometimes the fun does have to stop and I actually have to pay attention. 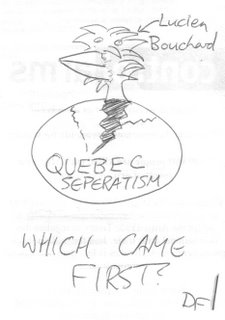 At some point in the past I looked through alot of old early 20th Century political cartoons, which have the odd habit of labelling everything blatently. I find this hilarious and a little insulting. Unfortunately, this pattern is still continued today.

This comes from a joke between Jeff Colden and I. Imagine a Tyrannosaurus Rex attempting foreplay… 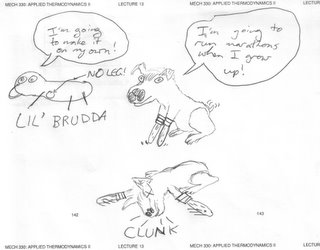 This started out as an idea courtesy of Strong Bad – Lil’ Brudda. I elaborated on it. 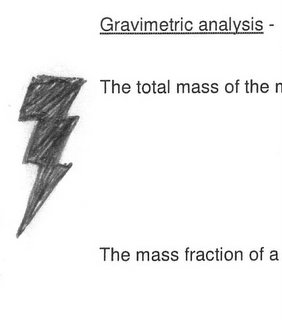 I put a lightning bolt on all my tests. Its a sign of male virility.

This is just a long margin. No explanation neccesary. 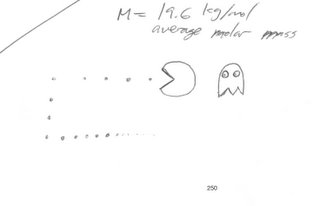 This needs no explanation.

I have no idea where this comes from, but it leads to the next idea. 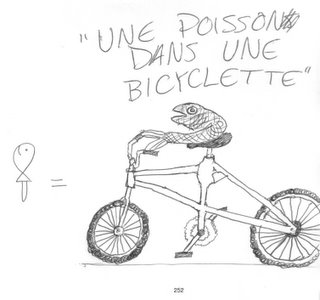 This is based on an old cliche. See if you can guess what it is. Also, I ran out of room on the page. 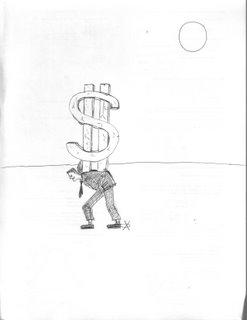 Making fun of Atlas Shrugged, and Dali, and Socialism. I’m such a poser Communist. 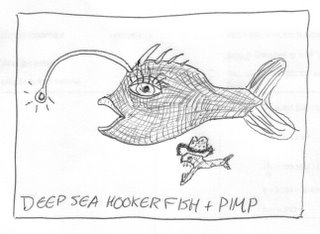 I think these fish are actually called Hooker Fish. Either way, I have a booklight that looks like the light that they hang off the front of thier head. Unfortunately my newly shorn hair does not provide much purchase. 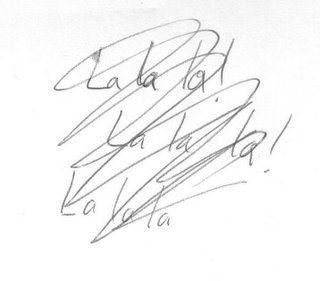 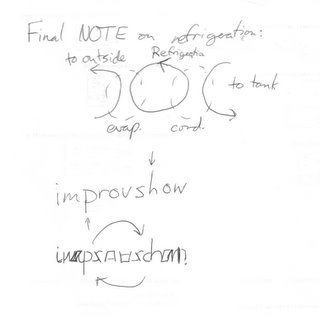 The upper part is actually a legit note. The lower part is me trying to make an ambigrammatic logo for the Improv Show. This is shortly after I read Angels and Demons. Notice that the p and h match up nicely.

Woo hoo. I just watched Narnia. I hate child actors. I’m off now, to do something more physical.

This entry was posted in art, creations. Bookmark the permalink.