Drunk Theatre Review: The Way Through the Woods

Last night, I saw The Way Through the Woods at ADC Theatre in Cambridge, an original production by The Story Tellers. It wasn’t very good. I thought of writing a review, but I am kind of lazy, so I will instead present my extensive scribbled notes, which I think are more honest and funny.

The play purports to be a “re-telling” of Snow White. I am a great fan of this in principle (I love Into The Woods). However, I found it pretty unclear what was supposed to be new in the re-telling. Most of these old fairy tales are fairly morbid already, so you do not need to do any extra work to make them “dark”. Disney had to do lots of cleaning to make them family-friendly. Here’s the poster, which seems to accentuate the dark-ness of this endeavour: 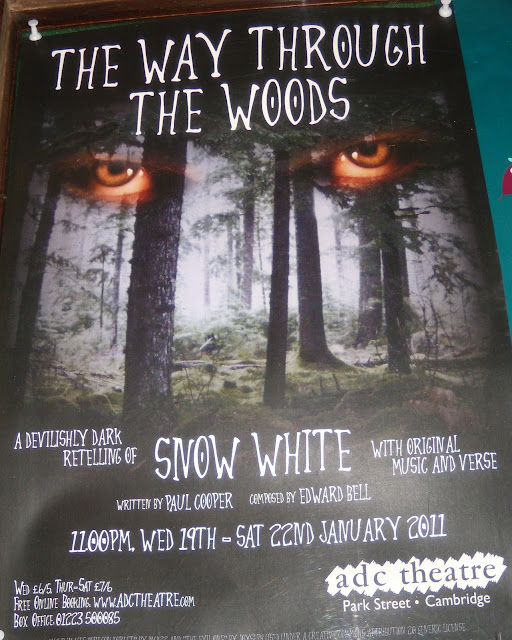 I was also drinking. I got to 4 beers before the show started. The notes on the first 3 pages were my brainstorming about the use of technology in improv. 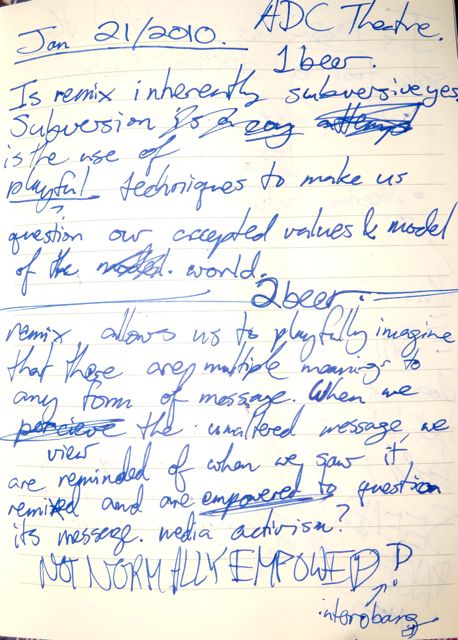 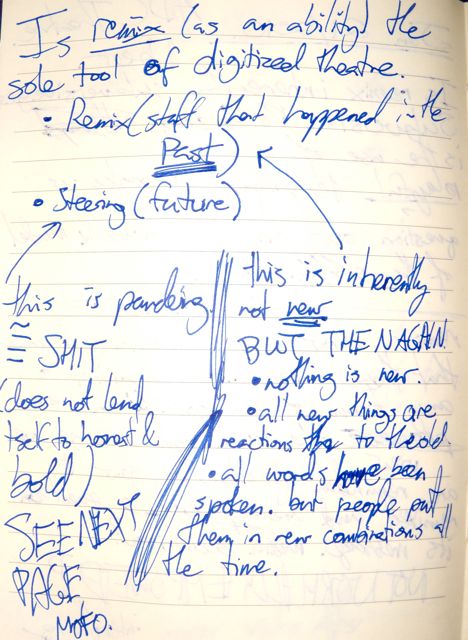 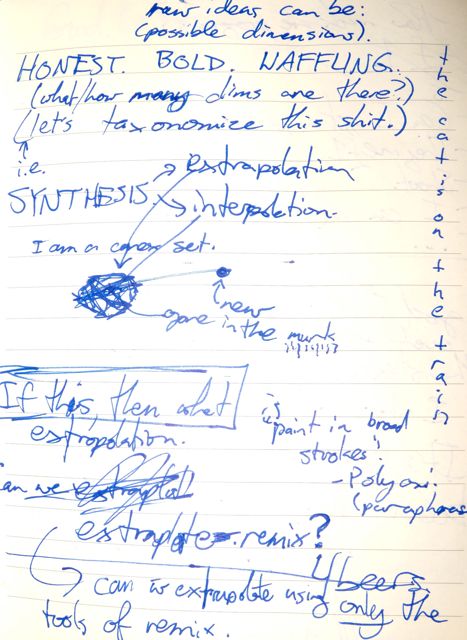 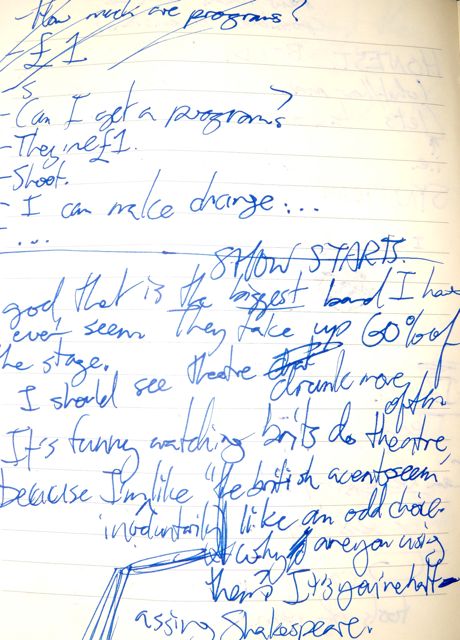 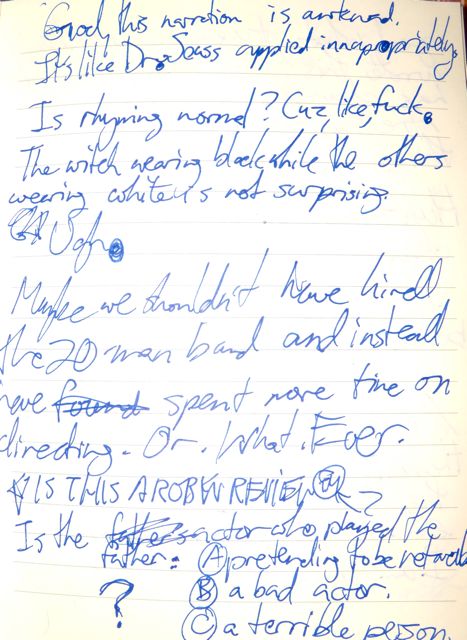 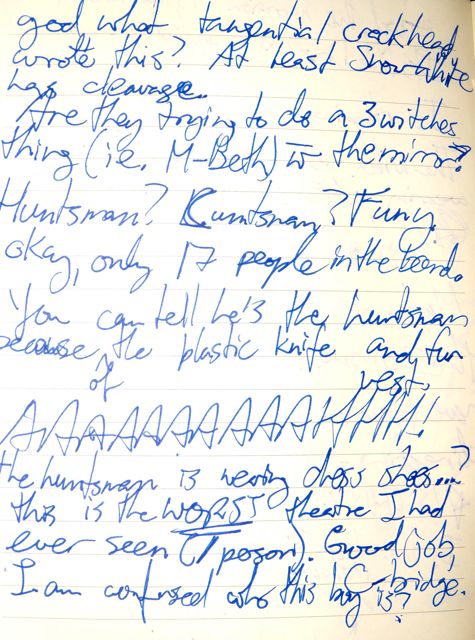 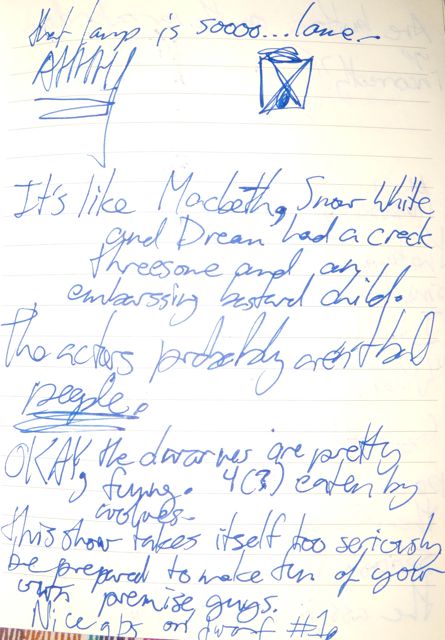 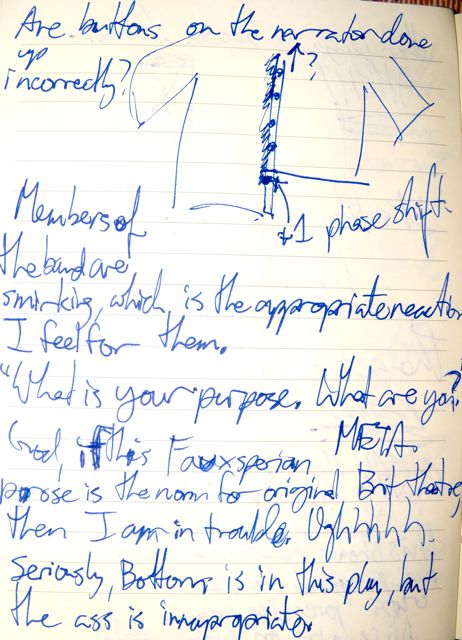 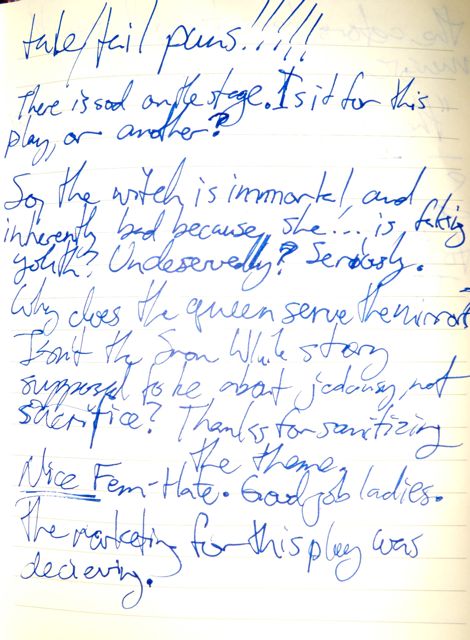 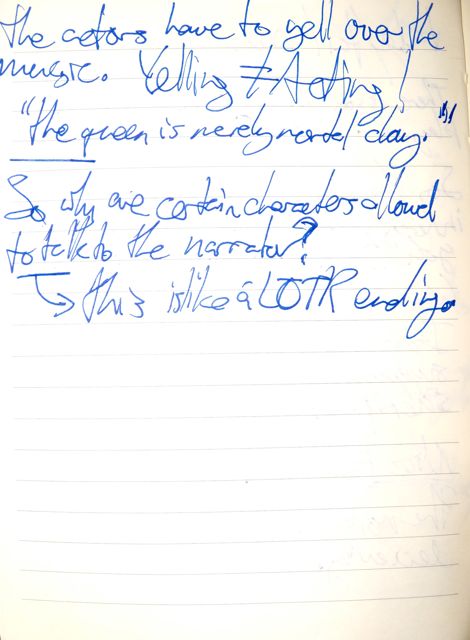 The strongest observation after seeing theatre in England for the first time (not about the show itself) was that everyone has a British accent. If I was critiquing this show in Canada, I would say “What’s with the accents? That seemed like an odd and meaningless choice.” Typically, British accents are used in Canadian theatre to show that the character is either a) high-class or b) foreign and interesting.

The one choice that was interesting (I didn’t like it, but it was interesting) was to include a 3-person chorus that acted as the spirit of the woods/the mirror/general mischief. There should be more risky choices like that.

I really need to see some more theatre soon.

One response to “Drunk Theatre Review: The Way Through the Woods”