Posted on March 5, 2007 by dustinfreeman

So, I’m sorting through some of the final tech stuff for Deviants, and I come across this wonderful piece of stupid art, by this guy named Mondrian. 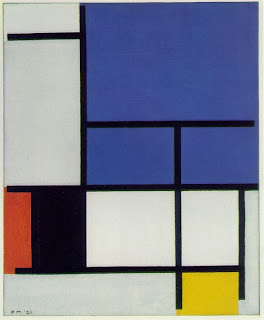 I’m sure you have all seen stuff like this before. Now to learn more about who this was, I turned as I always do to wikipedia. It turns out Mondrian had a rival painter around the same time period, named Doesburg. They even had a very serious split over a period of a few years. Let’s take a look at Doesburg’s paintings, shall we: 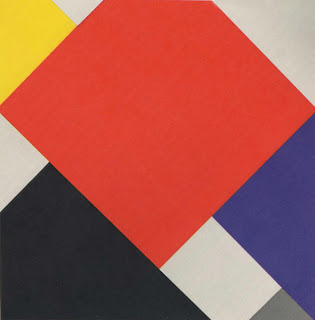 On close inspection, they are NOT, in fact, the same! Allow me to quote from this wikipedia article:

“During 1924 the two men had disagreements, which eventually lead to a (temporary) split in the same year. The exact reason of this split has been a point among art historians; usually the divergent ideas about the directions of the lines in the paintings have been named as the primary reason: Mondrian never accepted diagonals, whereas Doesburg insisted on the diagonal’s dynamic aspects, and indeed featured it in his art. However, Mondrian accepted some concepts of diagonals, such as in his “Lozenge” paintings, where the canvas was rotated 45 degrees, while still maintaining horizontal lines.”

WHAT! THEY SPLIT OVER WHETHER OR NOT TO USE DIAGONAL LINES??!?!?!?!

This entry was posted in discoveries. Bookmark the permalink.